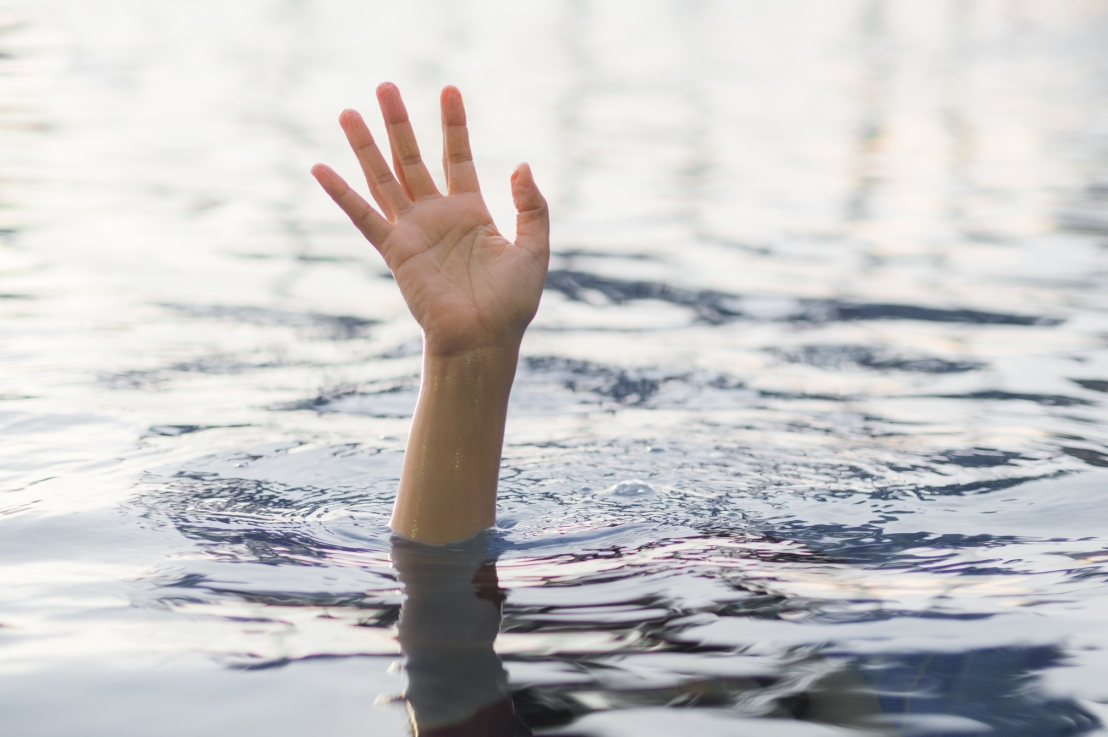 I never would have dreamed twenty years ago that one day I would be dipping my toe into the waters of online dating. And actually I’ve dipped more than a toe—I’m up to my waist by now. In truth, I’m in over my head.

Twenty years ago my future was decided. I was coupled. A child was planned (although not yet conceived—that happened a couple years later). A house was bought. A dog was adopted. Domestic bliss had commenced.

Twenty years hence, I was finally forced to face my deep unhappiness. My child was now on the cusp of adulthood and making plans for college, and the thought of an empty nest—and daily life without my child as a focus, a diversion, a buffer—filled me with dread and profound sadness. Was this the “empty nest” life I wanted to live? My answer was a resounding no, and I knew I could not do it anymore. I did not love, care or respect enough to continue to carry on the charade.

You see, the relationship had been marked by painful, damaging conflict for as long as we’d been together. I’m not talking garden-variety arguments here. I’m talking screaming matches, slammed doors, carefully chosen words meant to undermine, unbalance, and inflict pain, and frequent fights that took days, or even weeks, to get over. Some of them I have never gotten over. Each conflict hurt a little more than the last, and tore another tiny piece from my heart. We were two respectable, intelligent, caring people who loved each other, but neither of us could see the other’s best self. We simply were terrible for each other, and we always had been. My beautiful, tender heart was being annihilated, piece by tiny piece.

And so I ended it.

As a newly single person I knew I wasn’t ready for another serious relationship, but I also knew I was emotionally lonely. I wanted to start getting out there and meeting people. I wanted to find someone semi-special to spend time with while I figured out my future. But how would I possibly meet anyone? I was no longer twenty-five. At fifty-something, everyone would assume I was married, and anyone I encountered I would also assume was married. You can’t just walk up to someone and say, “Hey, are you single? Would you like to go out sometime?” Well, actually you can, but such an approach is just not my style as it invites rejection and embarrassment. I knew I wanted companionship, but what could I do?

“Online dating,” a friend told me. “Join a dating site, make a profile, and see what happens.”

I concurrently laughed and recoiled in horror. An online dating profile? Me? But I began contemplating the possibility. I researched different dating sites. I looked at other women’s profiles. I read articles about online dating at mid-life. I poked around the multitude of dating sites out there. I wrote sample profiles for myself. And then I took a deep breath and…I took the plunge.

I created a profile on one of the well-known sites. A week later I created another one on a different site. Things began to roll. My inbox quickly got bloated. I sifted through many “likes,” “smiles,” and “winks.” I read scores of decidedly weird or unimaginative messages. I wasn’t sure what to do. Was I obligated to answer every message I received, no matter how strange? “No,” a male friend and fellow online dater told me. “If they clearly haven’t read your profile, if they don’t have a picture on their profile, or they seem weird, just ignore them.” I took that advice to heart and I began to answer only the more genuine, intriguing messages. Soon I was chatting back and forth with several people who interested me. One morning I woke up and realized, I’m an online dater.

Now, more than a year later, I’m an online dating veteran. I’ve had a profile on nine different sites (although I’m down to two now). I’ve observed the ebbs and flows. I’ve encountered the fakes. I’ve been ghosted and breadcrumbed. I’ve been disgusted as well as charmed. And I’ve met several people in real life, on real dates. And…

Lots of anticipation, only to realize that those people who seemed so cool and attractive in their messages really weren’t in real life. Lots of dashed hopes. Too much disappointment.

My confidence, patience, and courage have taken a serious hit. I have become more distrusting, less hopeful, and uncharacteristically cynical. I don’t like that. And every day I ponder the question – Are there any kind, emotionally healthy, intelligent, honest people out there? I’m beginning to wonder.

And yet a new friend told me recently that she did online dating for five years before she found “The One.” Five years? Am I possibly that patient and intrepid? Ugh. I don’t know. But even so, I was encouraged that it worked out well for her, in spite of the fact that it took five years.

Right now I am just looking for someone I like and who likes me. Someone who wants to date casually, watch a movie, trade flirty texts with me once in a while, go out for dinner and drinks, talk. Someone who isn’t, in reality, married, or living with their mother, or fifty miles from me, or single parent to eight kids. I thought finding such a person would be easy. What I’ve found is that finding such a person is like looking for a needle in a haystack.

Eventually, I want to find “The One,” just like my friend did. I am a romantic at heart and I still believe in true love. But I’m not sure I believe anymore that “The One” will be found online. In all honesty, I’m not sure where I will possibly find that person. In today’s world, we are all oddly connected and yet disconnected at the same time, which makes it difficult for any of our personal or professional connections to progress beyond the superficial.

My takeaway after sixteen months of online dating is that it’s not for the faint of heart. It’s hard. It’s demoralizing. It’s unnatural. But my friend’s story proves that sometimes it does work out.

And so I am committed to sticking with it…for now. Stay tuned, and do let me know if you have any tips. I could use them.

One thought on “In Over My Head: Online Dating”